Brains are dissected at UC Irvine into various brain regions by Consortium members and barcoded for tracking purposes. The RNA and DNA are extracted from various brain regions and frozen for further studies. The tissue and samples are made available to all Consortium members for gene expression and genotyping/methylation studies. Non-human primate brains are also available for neuroanatomical comparison studies.

Brain regions for dissection in depressive, schizophrenic and control cohorts 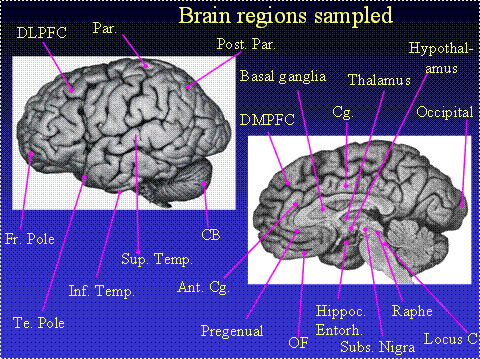